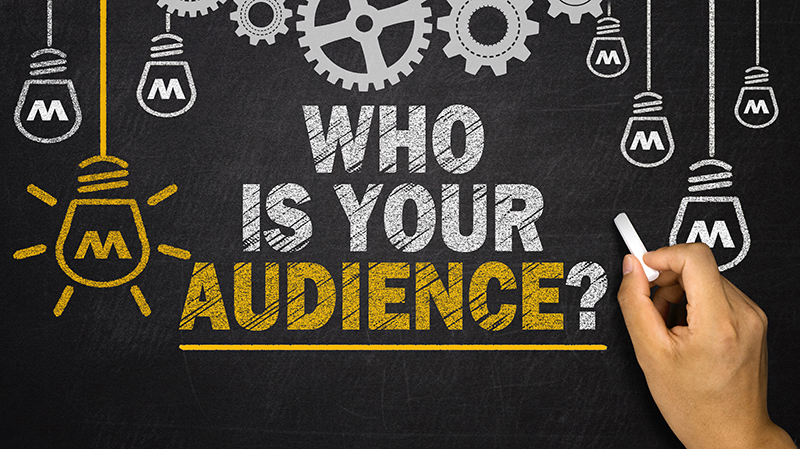 This article has brewed in the back of my mind amid budget cuts, family conversations, and attending meetings with people who can’t stop reminding me about their social media experience. My peeps will tell you that I don’t hold my tongue often, an truth be told I probably didn’t really hold back in the three scenarios highlighted below. However, I find it important to remind businesses and organizations that marketing is not at all about you as an individual. I don’t care if you are the business owner, the executive director, or the marketing coordinator. A marketing campaign is not solely about you. It’s about the wants and needs of your customers.

And since I’m a mom/dog owner well trained at repeating myself:

Let’s just run down these three examples where people seemed to forgotten that targets markets may have needs different than their own:

Case #1: This Just Seems is Childish

A biologist called me in to consult on the final draft of a document about fish. It was an organized document, with a solid color scheme, filled with well-written information. The title was vague and bland, but otherwise I considered it a solid product.

The biologist frowned. “Don’t you see what’s wrong with it?”

I shook my head.

I looked at him. “Exactly where is this document going to be published?”

“Some family fishing website for parents with small kids,” he said.

The biologist looked at me with surprise. He hadn’t considered that parents with small children who are just learning the basics about fish are probably not concerned with fishing regulations or the fine details of lakes. I repeated that the title should reflect the purpose of the document more, which he passed that on to the editor.

Case #2: Just Tell Him To Call

My son works out in the remote roads of Alaska during the summer for the Alaska Department of Transportation. This means I will hear from him in short burst at random times about all sorts of weird things he finds online during his work breaks. Since most of that stuff is found on Facebook, he sends it through Facebook Messenger. Occasionally, I will get a text about family stuff, but even then most of that is communicated through Messenger.

My husband who works in the main office for the Alaska Department of Transportation sometimes wants to get a hold of him. He will try to call or text and often not get an answer. Partly because my son is sometimes out of cell range, or doesn’t have the time to talk and forgets you called; or, just isn’t into the texting interface that day. But he does like Facebook Messenger. So when my husband asks if I’ve heard from out son, I often respond how long ago he sent something witty to me. Then I brace for myself because that question is simply a lead in to what he really wants to ask,” The next time you talk to him, could you have him call me?”

My response is always the same, “Contact him on Facebook Messenger. He will get right back to you.”

And his response is always the same. “I don’t want Messenger on my phone.”

Now I have spent my entire childhood running messages between my parents, my brother and my parents; and as an adult, people too shy to speak and others or my husband and the world. I value direct communication and get really irritated nowadays when people request that I relay messages when they haven’t tried first to do it themselves. Great, you don’t want Messenger on your phone, I get it. I hate that it’s always trying to take over my text messages. However, there is web version and since my husband is on the computer often enough…

Moral of story… you don’t always get to decide what channels your audience communicates through.

This may just be an extension of the last example. I’m not sure because there was way more posturing than actual communication at this meeting.

A board of directors brought me in to consult on developing a marketing strategy for their organization. They planned on possibly creating a position to handle the marketing and assist others in carrying out campaigns. After a lengthy review, I informed them there were many, many approaches to develop marketing strategy, but their biggest step would be to identify priorities for their products and services.

They all nodded and then looked at one man who seemed suddenly validated. He launched into a statement of how much time it takes to create content and monitor a Facebook page, especially when people constantly ask questions at all day long. This was not one of the Facebook admins, and as far as I know hadn’t asked the admins about how much time they spent developing content for social media. I agreed that there were a lot of questions asked about information that was readily available on the webpage. In each case, the admins had been generous with providing page links or specific answers to their question. This board member suddenly chastised their responsiveness and said they simply should have told them to go to the website. I suggested that it was worth putting an informal survey to find out how their members find news and information about the organization. This board members claimed it was a waste of time because the information was already there, they just needed to Google it. He should know because he just got hired as a social media coordinator for the federal government.

I let his posturing pass, and pointed out examples of market segments who use channels other than Facebook and websites to communicate. Again, I was told by this board member that this was a waste of time, and again he reminded me how his new position gave him a superior insight.

About the only thing we could agree on was that the board needed to create position to handle the overall strategic development because, as was said twice already this guy worked with social media ALL day and knew how hard it was. I come to learn later that this board member is stepping down because his new job is too time-consuming. So I became more confused why he rejected the idea of a survey when he wouldn’t be around to analyze or implement the results. And as far as the time-commitment of their admins, there were a lot of long hours. However, they seem to understand that it was a waste of time if their followers find them unhelpful and unresponsive to their needs.

So as much as I hate the snarky comment ‘It’s not all about you‘, it’s really not all about you. In fact, the term ‘marketing bias’ describes the incorrect belief that the marketer and the target market hold the same values, preferences, wants and needs. It’s best to take a step back and talk to your audience. Find out the best way to package and deliver your product, service, and information. It might be different than how you would want things, but as long as it is profitable then give your audience what they want.

If you want more marketing advice, then we should talk. Find out how on our ‘Contact Us’ page.